I can say that my favrite season of the year is autumn, fall. It makes me happy to smell the pumpkin spice scence everywhere, leaves falling down, the perfect weather, the colors and more, it just makes me happy. When autumn begins I just think I have to buy autumn candles immedia to be in autumn vibes. Are you like me? If you are, what about visiting the best countries in autumn to enjoy the fall at 100%…?

Ontario, Canada– Ontario is a province in east-central Canada that borders the U.S. and the Great Lakes. It’s home to Ottawa, Canada’s capital, known for Parliament Hill’s Victorian architecture and the National Gallery, featuring Canadian and indigenous art. Toronto, Ontario’s capital, is home to the 553m-high CN Tower, with expansive views from its revolving restaurant, as well as High Park, site of a rare oak savannah habitat. Ontario fall colours are perhaps among the best in Canada since there are many places to colour-watch throughout the province! The best time for fall colours in Ontario is from mid-September to late-October. However, the colour burst in each area completely relies on the weather.

Tuscany, Italy– Tuscany is a region in central Italy. Its capital, Florence, is home to some of the world’s most recognizable Renaissance art and architecture, including Michelangelo’s “David” statue, Botticelli’s works in the Uffizi Gallery and the Duomo basilica. Its diverse natural landscape encompasses the rugged Apennine Mountains, the island of Elba’s beaches on the Tyrrhenian Sea and Chianti’s olive groves and vineyards. Autumn in Italy is synonymous with harvest time, especially in Tuscany, where taking part in such an event is a great eXPerience. September and early-October are dedicated mostly to grape harvest to make wine, while late-October is all about olive harvest, to make the renowned extra-virgin.

Japan– Japan is an island country in East Asia, located in the northwest Pacific Ocean. It is bordered on the west by the Sea of Japan, and extends from the Sea of Okhotsk in the north toward the East China Sea and Taiwan in the south. Autumn in Japan is about crimson leaves and perfect weather. As summer transitions to autumn, Japan begins to cool down, offering temperate weather that’s perfect for outdoor walks. From mid-November to early December, the trees turn vivid hues of red, orange, and yellow.

Lisbon, Portugal– Lisbon is Portugal’s hilly, coastal capital city. From imposing São Jorge Castle, the view encompasses the old city’s pastel-colored buildings, Tagus Estuary and Ponte 25 de Abril suspension bridge. Nearby, the National Azulejo Museum displays 5 centuries of decorative ceramic tiles. Just outside Lisbon is a string of Atlantic beaches, from Cascais to Estoril. Lisbon is lovely in Autumn when the sun mellows and the tree-lined streets turn honey-colored. One of the sunniest and liveliest capital cities in Europe, the Portuguese capital has become unexpectedly fashionable as travelers from all around the world set foot upon this historical yet cosmopolitan city.

Patagonia, Argentina– Patagonia is a region encompassing the vast southernmost tip of South America, shared by Argentina and Chile, with the Andes Mountains as its dividing line. The Argentine side features arid steppes, grasslands and deserts, while the Chilean has glacial fjords and temperate rainforest. Argentina’s famed RN-40 highway passes the pinnacles of Monte Fitz Roy and Perito Moreno Glacier in Los Glaciares National Park. Patagonia is debatably one of the most breathtaking places to go in Autumn, due to the type of trees that grow all over the landscape. These trees all turn color in the brightest possible way. 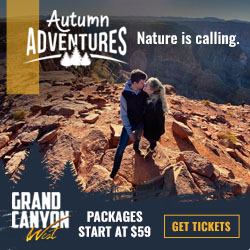 Iceland– Iceland, a Nordic island nation, is defined by its dramatic landscape with volcanoes, geysers, hot springs and lava fields. Massive glaciers are protected in Vatnajökull and Snæfellsjökull national parks. Most of the population lives in the capital, Reykjavik, which runs on geothermal power and is home to the National and Saga museums, tracing Iceland’s Viking history. The crisp air and changing colors don’t just bring out wool sweaters in Iceland. This change in the season marks the return of the magical Northern Lights! Starting in early September the Northern Lights can be seen dancing across the sky, this natural wonder alone is enough to bring you to Iceland.

Thanks for read it. Thank You!

StacePlores is a blog that helps people to discover and explore the world in diferrent ways, through travel, food, culture, destinations, start something new like a blog, start a business, etc... The key point is to always do something that you love and enjoy to don't have fear of trying new things... View more posts