Have you ever heard of Costa Rica? or like me, do you have friends from Costa Rica? I have hear a lot of amazing and beautiful things and places there. I have never been there, but I would love to. I have decided to do some research and plan the travel guide I would use if I visit Costa Rica. Let’s begin with a little of geography…

Where is Costa Rica?

Costa Rica is a rugged, rainforested Central American country with coastlines on the Caribbean and Pacific. Though its capital, San Jose, is home to cultural institutions like the Pre-Columbian Gold Museum, Costa Rica is known for its beaches, volcanoes, and biodiversity. Roughly a quarter of its area is made up of protected jungle, teeming with wildlife including spider monkeys and quetzal birds. The capital is “San José”.

Arenal Volcano– is an active andesitic stratovolcano in north-western Costa Rica around 90 km northwest of San José, in the province of Alajuela, canton of San Carlos, and district of La Fortuna. The Arenal volcano measures at least 1,633 metres high. It is conically shaped with a crater 140 metres in diameter. Geologically, Arenal is considered a young volcano and it is estimated to be less than 7,500 years old. It is also known as “Pan de Azúcar”, “Canaste”, “Volcan Costa Rica”, “Volcan Río Frío” or “Guatusos Peak”. The volcano was dormant for hundreds of years and exhibited a single crater at its summit, with minor fumaroles activity, covered by dense vegetation. In 1968 it erupted unexpectedly, destroying the small town of Tabacón. Due to the eruption three more craters were created on the western flanks but only one of them still exists today. Arenal’s eruption from 1968 to 2010 is the tenth longest duration volcanic eruption on Earth since 1750. Since 2010, Arenal has been dormant.

Manuel Antonio National Park– in Spanish the Parque Nacional Manuel Antonio, is a small national park in the Central Pacific Conservation Area located on the Pacific coast of Costa Rica, just south of the city of Quepos, Puntarenas, and 132 km from the national capital of San José. Established in 1972 with a land area enumerating 1,983 ha, it is considered the smallest of any Costa Rican national park. The park caters to as many as 150,000 visitors annually, and is well known for its beautiful beaches and hiking trails. In 2011, Manuel Antonio was listed by Forbes as among the world’s 12 most beautiful national parks.

The Monteverde Cloud Forest Reserve– is a Costa Rican reserve located along the Cordillera de Tilarán within the Puntarenas and Alajuela provinces. Named after the nearby town of Monteverde and founded in 1972, the Reserve consists of over 10,500 hectares of cloud forest. It draws roughly 70,000 visitors a year. The Reserve consists of 6 ecological zones, 90% of which are virgin forest. A high biodiversity, consisting of over 2,500 plant species, 100 species of mammals, 400 bird species, 120 reptilian and amphibian species, and thousands of insects, has drawn both scientists and tourists alike.

Corcovado National Park– is a National Park on the Osa Peninsula in Osa Canton, southwestern Costa Rica, which is part of the Osa Conservation Area. It was established on 24 October 1975, and encompasses an area of 424 square kilometres. It is the largest park in Costa Rica and protects about a third of the Osa Peninsula. It is widely considered the crown jewel in the extensive system of national parks and biological reserves spread across the country. The ecological variety is quite stunning. National Geographic has called it “the most biologically intense place on Earth in terms of biodiversity”. Not only is the park very popular with tropical ecologists, a visitor can expect to see an abundance of wildlife. The park conserves the largest primary forest on the American Pacific coastline and one of the few remaining sizable areas of lowland tropical forests in the world. Historically, logging has taken place in lowland areas because those areas are more easily accessible and contain the largest and most economically valuable trees. But those habitats, which feature diverse vegetation, are also usually the richest in biodiversity.

The Poás Volcano– is an active 2,697-metre stratovolcano in central Costa Rica and is located within Poas Volcano National Park. It has erupted 40 times since 1828, including April 2017 when visitors and residents were evacuated. The volcano and surrounding park were closed for nearly 17 months, with a 2.5 kilometer safety perimeter established around the erupting crater. As of September 1, 2018 the park has reopened with limited access only to the crater observation area and requires a reservation to be made on the National Park Website. Adjacent trails to Lake Botos as well as the museum at the visitor center remained closed. The volcano erupted briefly twice in September 2019.

The Irazú Volcano– is an active volcano in Costa Rica, situated in the Cordillera Central close to the city of Cartago. The name could come from either the combination of “ara” and “tzu” or a corruption of Iztarú, which was the name of an indigenous village on the flanks of the volcano. In Costa Rica it is known by the name of “El Coloso” due to the catastrophes that it has provoked in the past. The volcano’s summit has several craters, one of which contains Diego de la Haya, a green crater lake of variable depth. At 11,260 feet, the Irazú Volcano is the highest active volcano in Costa Rica. It is easily visited from San José, with a road leading right up to the summit craters and a weekly bus service to the top. It is thus a popular tourist spot. The summit of the volcano also houses a few television transmitters for television stations in San José. From the top it is possible to see both the Atlantic and Pacific Oceans on a clear day. However, such clear days are rare, and the volcano’s summit is usually cloud-covered. The volcano is contained within the Irazú Volcano National Park, which spreads across 5,705 acres.

Mount Chirripó– is the highest mountain in Costa Rica, with an elevation of 3,821 meters. It is located in Chirripó National Park and is noted for its ecological wealth. The mountain was named “Chirripo”, meaning “land of eternal waters”, by Native Americans because there are many lakes and streams around the mountain. The high peaks in Chirripó National Park and La Amistad International Park host important areas of Talamancan montane forest and Costa Rican Páramo with high endemism and extremely high biodiversity. The peaks of these mountains constitute sky islands for many species of plants and animals. Snow has not fallen on the peak in the past 100 years or so, according to the University of Costa Rica, but hail is sometimes reported. The great height of Mount Chirripó relative to its surroundings is also evidenced by its particularly high topographic prominence of 3,727 m, which makes it the 37th most prominent peak in the world. On clear days it is possible to see across the country from the Pacific Ocean to the Caribbean Sea. Climbing Mount Chirripó is possible by obtaining a permit from the National Park office in San Gerardo de Rivas.

Bahía Drake– is a small bay on the north side of the Osa Peninsula on the coast of southwestern Costa Rica. This bay is believed to be a port used by Sir Francis Drake during his raids on the Spanish Main in the 16th century and the location of one of the British pirate’s fabled hidden treasures. The main town of Bahía Drake is Agujitas and has a population of about 1,000 residents. The bay is off the beaten track and can be reached by plane, boat, and car during the dry season. Because of lack of bridges, driving to Bahía Drake is challenging and not recommended for visitors. There are many kilometers of unpaved road and multiple river crossings required to reach Drake Bay. There are kilometers of natural coastline with rocky crags and sandy coves that extend from Agujitas, where the village of Bahía Drake is located southward toward the boundary of Corcovado National Park about 20 kilometers to the south. Most of the eco lodges are located along the beach. 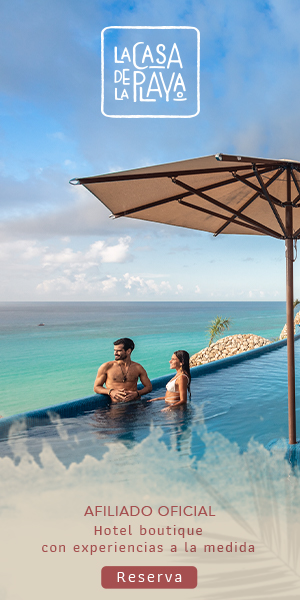 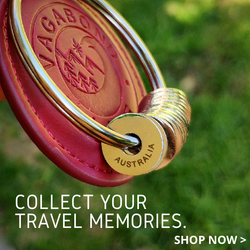 StacePlores is a blog that helps people to discover and explore the world in diferrent ways, through travel, food, culture, destinations, start something new like a blog, start a business, etc... The key point is to always do something that you love and enjoy to don't have fear of trying new things... View more posts